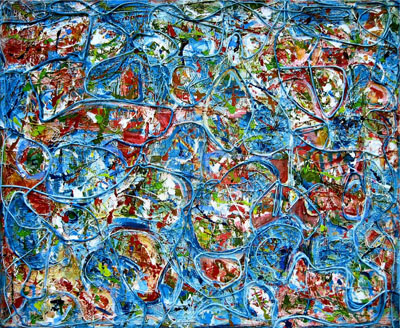 Standing at the gate, Suzanne's friend Marshall has changed from his traditional West African dress. He is wearing a World Cup 2010 t-shirt. Suzanne is petite and gorgeous, quite different from the image her deep voice conjured up. She leads me through the front room, with empty beer bottles from last night on the dining and pool tables, and I have a feeling of déjà vu. Then I realise I'm not hallucinating. I have been here before, at a party in the mid-Nineties, when it was home to a group of young American volunteers with Visions in Action.

She takes me into a smaller room at the back of the house, with lacy pink curtains and tablecloths, and smart black place settings. "This is my VIP room," she tells me. "You know those young ones, they like to make noise. Sometimes people want a quiet place where they can eat and talk." She goes to the kitchen to get me a Coke, and her German shepherd puts his nose through the window to check if I'm kosher as a chicken walks past in the yard.

Suzanne arrived here in Yeoville, Johannesburg, from Côte d'lvoire in 1997. "The time the wars were starting. This time I was a student, and I marched there, and then people run after us and I run away." English was a problem for her, and so she never finished her marketing degree.

"In the beginning, when I come, I know how to braid hair, so sometimes at home I got one or two customers in the day, and I do this to pay my rent. And thereafter, our Abidjan community needed somebody to cook for them because our food, you can't get it here, so in 2002 I opened this business." It is a maquis, literally meaning underground place, the name given to these informal eating places in West Africa. "Now sometimes I get South African people who come to eat. Before it was only our country people, but now it's better. Congolese people come, South African people also.

"In the first house, after two, three years, the owners come to chase me. After there, in the next house, after two, three years the owner chase me again. And now I am here. The problem here is the rent. I pay R10 500" (about $1,500). Though I haven't rented a house in many years, this sounds steep to me for this neighbourhood and the state of disrepair of the house.

"Now I've got the refugee paper," she says. "I went there last month and they gave me three months. I have to go back in June. Aaaahhh," she shakes her head, "nowadays it's very difficult. If you want to get the paper, the stamp, in that day, you must sleep there. You can go today, around five or six, and then early in the morning you can go in. Sometimes it's raining, then you must take the umbrella." When you don't manage to have your papers renewed on the due date, "If the police find you then you must pay them R20, R50. Sometimes we are scared to go out. So it's better to stay there until you get your stamp.

"Before I had problem from the police, because I was selling liquor and I didn't have a licence, but now I have licence. Before there was too much problems! Sometimes when I get a customer, he says: 'My sister I need beer.' Then after 15 minutes the police are here." There is a weird irony in this, given how long the police take to arrive when called for a serious problem. "They ask, 'Have you got a licence?' and you say 'No,' then they say 'Open the fridge,' and then they take all the beer. Then sometimes they want to take me, too, then I say leave me, and I can pay maybe R500. So now it's better, I've got licence."

Her restaurant is closed on Mondays, and though she describes Mondays as her "off day," this is not entirely true. It is her market day. "I go to the market in town. I take a taxi. The butchery is by Mandela Bridge. Sometimes I take my stuff, from Mandela Bridge, the meat, I put it here," she pats her shoulder, "then I'm walking to the Mozambique market for cassava, like big potatoes, yam. I make that with couscous. Sometimes I put one here, two here, two here, like this," she says, demonstrating with her arms and shoulders, and the bags she has to carry. "The Mozambique Market is not far from Noord Street," she says, referring to the taxi rank from where she travels home. "At the Yeoville market I can buy only tomatoes, because here it is expensive, and they haven't got some of my things."

I wonder what she thinks of our public transport system, compared to Abidjan. "In Ivory Coast we have too much buses, big buses, not so much taxis like here," she says. "Also, the meter taxis are not too expensive like here." I recall a traveller passing through who I waitressed with many years ago making the observation: "I can get a bus in Papua New Guinea, where people have bones through their noses, and I can't get a bus in Johannesburg!"

Suzanne is streetwise and has never been mugged. "On the street," she warns me, "if you walk, and you see two or three person, men, you must be careful. You must be careful! If you see they are moving to you, my friend you must take your legs and run away," she laughs. If she has to go out after dark—"Sometimes I forget to get my stuff," she says, "and then I walk to the shop—then I take somebody with me."

In her home she hasn't been as lucky. "Two times they coming at home, around ten in the night. Two men, they say they are looking for Zambia people. I have about 20 customer inside. I say to them, no here is Ivorian house, not Zambian house. After one hour they are coming back, and they took everything—cellphones, money from the customer inside." Now she has two dogs, and she feels much safer.

She was not personally affected during the xenophobic attacks in South Africa in 2008, when Yeoville, a uniquely pan-African suburb with its 70 per cent migrant community, was possibly the safest place to be in Joburg. But like most African "foreigners," she was on high alert. On the 18th of May, a week after the violence broke out in Alexandra township, the headline in the Mail & Guardian warned: "Violence Grips Johannesburg." "Eighteen May was birthday for my daughter," nine years old, "and there was too much people here. About 4 o'clock, this man from Zimbabwe came to tell me, my sister you must close everything because the people are coming from Hillbrow. But then nothing happened here."

Suzanne has no desire to return to Côte d'lvoire. One day, she says, she would like to be able to buy this house. "I got no problem from South Africans. I like it here, I got my business. And in 2010 people they gonna come. They gonna need food."