The Department of Secrets 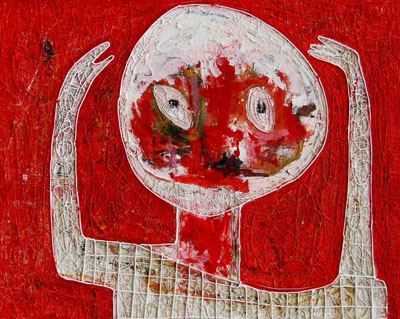 Ultimately, it was Senator Cochran of Ohio who broke the deadlock. The bill had passed in the House but stalled in the Senate. Without Cochran's support, even the Vice President's vote would have been of no avail. The word in the Beltway was that Cochran finally came around when his wife of forty years confessed to him that while he was stationed at Fort Bragg, she'd cheated on him with another man. In a fit of rage, the old senator struck his wife with the back of his hand, something he had never done for all four decades of their marriage. Tears gathered in her eyes but refused to fall. When he saw her withered cheek swelling, four red marks according to the forms of his bony fingers, he fell to his knees and begged for forgiveness, encircling her with his arms and pressing his forehead against her thigh. It is not clear what caused Mrs. Cochran to disclose what she had kept safely within her heart for over thirty-five years. What is clear is that the episode finally drove home the bill's importance for the senator.

So Cochran got up on the Senate floor and made the most impassioned speech of his career. Whereas previously he had been one of the skeptics, now he argued for protecting Americans from the destructive power of unregulated secrets. By the time he was done with the thundering rhetoric for which he was famous, the Upper House was ready to vote, and the Secrets Regulations Act of 20– passed sixty-one to thirty-eight, with Senator Lutz of Florida abstaining.

The preamble of the Act explained that the object of the law was to protect Americans from personal secrets, "recognizing that they are always dangerous—dangerous when kept and allowed to fester in one's heart, but no less dangerous when disclosed and permitted to injure others." A House of Representatives report accompanying the bill explained that Congress was particularly troubled by the impossibility of accurately predicting each secret's destructive potential. "One set of confidential words heard by one pair of ears could be perfectly harmless, eliciting no more than an arched eyebrow or an inquisitive but unconcerned 'Oh, is that so?' Yet the same words, told to another, could amount to an emotional WMD. Some words in some ears, indeed, can be so destructive that they may warrant permanent sequestration and forgetting. For too long now we have allowed secrets to turn abused children into drug addicts and deceived spouses into murderers. Careers are destroyed by a single inopportune disclosure, and a lifetime of good work can be wiped away by some hidden matter that should never have meant anything had it been allowed to air in the sun."

The Secrets Regulations Act created the United States Department of Secrets. The President appointed and the Senate confirmed a Secretary of Secrets, who took to her obliquely tautological title with relish and began going about the task of establishing a bureaucracy. In no time DOS was issuing regulations and administrative rulings just as any other Federal agency had done before it. With its authority under the Act, the Department required all Americans, as well as all foreigners staying within the United States for thirty days or more, to register their secrets with the Department, much as they had to do with firearms. Registration could be done online, by mail to the DOS in Washington, D.C., or in person at one of the Department's many local offices. One way or another, each registrant had to fill out the S-1001 form, supplying basic information such as when the secret was conceived and a brief description of its contents. The Department, in turn, was charged with tracking each secret, much as the EPA did with pollutants in the air, the FDA with new diet pills, or Fish and Wildlife with migrating salmon in the rivers of Vermont. The Department assigned each secret a tracking number and a bar code, as though it were a pack of gum at the supermarket checkout. A processing officer, reading the S-1001, duly entered the still-unspoken secret in a national database and then recommended a course of action: a) protective injunction against disclosure if the officer believes that the secret is best buried forever, b) preemptive disclosure if the secret is minor and disclosure is the most effective way to minimize its harm, or c) no action if the secret is ultimately too trivial to warrant expending the Department's resources.

The Department issued Rule 7 pursuant to Section 7 of the SRA, the section that demarcated the scope of the Act. Initially Rule 7 defined just four categories of secrets as falling within the Act, each category accounted for in a distinct subsection. The Department's published manual contained the following notes elucidating how each subsection might typically be implemented:

Rule 7(a): Secrets about love. Love being one of the things that men and women most tend to keep secret, a great variety as well as number of filings quickly entered the Department's database. The most obvious ones reappeared again and again, as one would expect: the geeky schoolboy's crush on the cheerleader with the blonde ponytail or the diffident kindergarten teacher's mute obsession with the waitress at the diner to which he keeps returning though the food really isn't much good. But some still surprised, like the English professor from Connecticut who confessed to her erotic infatuation with the campus's overabundant population of squirrels.

Rule 7(b): Secrets involving lies. When a husband satisfies his seven-year itch or midlife crisis with an office affair, a woman less attractive than his wife and no younger, with a grinding voice and desiccated skin from too many afternoons spent behind garish sunglasses on the beach, and he covers up his lunchtime rendezvous at the cheap motel by the interstate highway with a well-spun tale about client meetings, the late night phone calls as wrong numbers. When a ten-year-old boy skips school only to witness a stabbing but keeps mum for fear of punishment even when the wrong man is sent to prison, until years later the boy is all grown up, the innocent man all grown old, and even the young man has almost come to believe his own story, the same one that he's told over and over to everyone who has ever asked and most of all to himself.

Rule 7(c): Secrets about other people. Lawyers, doctors, the clergy, hotel janitorial staffs, and homeless pariahs waking on the sidewalk in the middle of night—these tend to accumulate secrets of this type. Rule 7(c) secrets are often kept by those who are paid to keep them. It makes sense, then, that a Rule 7(c) secret is generally not considered particularly dangerous, precisely because it's about someone else. One exception is secrets that pertain to another person's nature. That a collared priest has lost his faith in God, for example, can be very dangerous indeed. The same can be said of knowledge that handsome Mr. Rochester has already been married. Slightly less destructive might be the inability of a scholar on the Third Reich to read German.

Rule 7(d): Secrets about oneself. Suicidal thoughts are a good example. Less dramatically, that one finds job interviews to be a laxative or the sound of Yiddish words an aphrodisiac. Or physical traits that one has concealed from one's friends and family, hepatitis or hemorrhoids or hemophilia. Secrets under this subsection tend to be either perfectly innocuous or perfectly not, and processing officers are advised to make careful consideration before recommending a course of action.

Soon, however, the Department began amending Rule 7, and more and more categories of secrets came to fall within the ambit of the SRA: Secrets involving animals, secrets that one has secretly recorded on paper though never disclosed to anyone, secrets regarding one's special abilities, to name just a few examples. With an ever-expanding mandate, the Department soon grew backlogged with the endlessly multiplying whispers of over three hundred million Americans. Processing time for the average secret grew from less than three weeks when DOS opened its doors to over nine months by the end of its third year—in Secretary Kendall's words, "enough time for a baby to be born," and clearly DOS would have been of little help had the child been a secret, born to a teenage mother in the back of a trailer.

Inevitably, then, the Department's bureaucracy began to grow at an equally astounding rate. Within three years of the bill's passage the Department had come to rival the Social Security Administration in personnel, budget, floor space, and most important, in sheer paperwork. By its fourth year DOS had surpassed the SSA in each of those respects.

One can hardly conclude, however, that DOS is an inefficient or even sclerotic institution, as Secretary Kendall has consistently sought to streamline the process of registering secrets on the one hand and evaluating them on the other. With the sheer volume of information coming through, the Department abandoned its initial provisions for reporting by mail and became the first organ of the Federal Government to become fully paperless. Housed in its mainframe in Arlington today is the largest database ever conceived, far larger than any built by the Pentagon. By some estimates it now contains more terabytes of data than human beings had collectively created since the beginning of time until the passage of the SRA. Its software, designed by Google under one of the most lucrative contracts Congress ever approved, allows DOS officers to sift through this labyrinth of information at optimal if still not lightning speed.

As the Federal Government has devoted an ever-greater proportion of its resources to inoculating dangerous secrets and penalizing citizens for failing to report the same, so concomitantly Americans have spent an ever-increasing share of their time on complying with the Department's many rules. Today the average American is more likely to interact with DOS than with other instrument of the United States Government, and the same average American now spends more time recording, reporting, and registering secrets than watching television and surfing the Internet combined. Even so, nearly every American received at least one citation last year for failing to register at least one controlled secret in a timely fashion.

One citizen who boasted of having never been issued a citation was Senator Cochran of Ohio. By the time he died earlier this year, he so rarely appeared in Senate chambers that even his own staff would have been surprised to see him. When Mrs. Cochran went through his private papers after the funeral she found a letter addressed to her and written in the senator's elegant prep school cursive. "Forgive me for never saying this earlier," it read. "I simply hadn't the courage to bring it up again. But I would have preferred had you never told me about the other man."