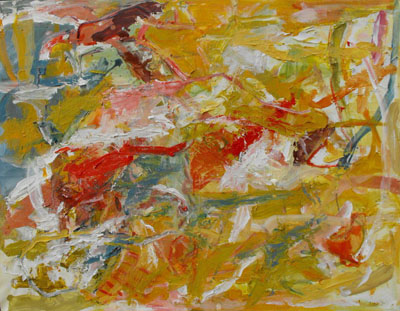 I. Welcome the Otaku

I took hundreds of pictures during my first trip to Japan in 2006, but the one that stands out doesn't include the amazing mix of the modern and the traditional that is prevalent throughout Tokyo. It isn't a picture of the many meals that I felt the need to honor without using a flash before I ate them, and it isn't even one of the shots of myself looking even shorter (and chubbier) than the Japanese people as I posed next to their concept cars and huge Tori gates. No, the picture that epitomizes the trip is the first one I took in Asia. It is a simple, non-artistic tourist photo of my husband and his brother with their arms across each other's shoulders in front of a "Welcome to Japan" sign that was hanging from the ceiling of the Narita airport.

My husband had a long standing fascination with Japan before we planned the trip. Ken had been collecting Japanese anime, video games and manga for years before I met him. I grew up with plenty of nerdy tendencies, which included reading sci-fi and fantasy novels, and knowing most of the words to cult classics such as The Holy Grail while I was still in high school, but no one I knew was drawn to anything that wasn't in English.

Ken and his younger brother Brian weren't just fans of everything Japanese. They, to me, were uber fans. What the Japanese would call otaku. Ken and Brian bought imported games, which meant they had to learn at least a little bit of Japanese so they could know words like "start" and "press A" if they actually wanted to play with their purchases. They both took Japanese language courses during their schooling.

Was there anything I was obsessed with as a teenager that could compare to Ken and Brian's fascination with the Japanese otaku (nerd) culture? I spent my teenage years planning for the next test, the next debate and speech tournament, the next college application. I was obsessed with the future, but only my future, not a Japan pop world of mechanized warriors.

Ken and I began planning a trip to Japan in late 2005. As we were deciding when to go and how much it would cost, I thought it might be nice to invite Brian to go with us, but I was a bit hesitant. When Ken made the suggestion, I couldn't say no because I had thought of it as well, right?

Before the trip, I prepped and planned. I knew I wouldn't be able to lose all the weight I wanted, but I tried. I walked for miles every day and counted calories or points or fat grams, whatever was the current trend. I picked up travel books and bookmarked websites. I studied a bit of Japanese, hoping I could at least recognize a few words here and there while in Tokyo. I am not a linguist, but I figured I would be okay since I was traveling with two people who had studied the language at least a bit over the last ten to 20 years.

My misgivings about traveling with someone besides just Ken began when I warned Brian early on that I just couldn't walk as fast as other people. Ken was used to walking with me and my short chubby legs, but I was concerned about how Brian would deal with my turtle pace after I heard my mother-in-law complaining about how Brian walked far in front of them when they took a trip to New York together. Brian had also said something a bit snide about my weight. Granted he was responding to a joke I had made about how he'd be easy to find in Japan since he was tall and blonde. We were all going to be gaijin—outsiders—but with my size and lack of language skills, I should have known I'd be the one most left out.

As feared, I tired easily. My feed ached. I hated how my body betrayed what I wanted to do, but I felt worse that I complained to my husband when all he wanted to do was enjoy the trip. I felt guilty when I found myself wishing that Ken and I had just decided to travel by ourselves even though our previous vacations were not without their own issues.

I still loved the trip. I saw things I never imagined I would see in person, things that I desperately wanted to take photos of so I could reflect on them later because I was always a few steps behind the boys in their quest for shrines and original Super Famicon gaming consoles in the bright modern streets of Akihabara, The Electric Town.

On our last full day in Japan, we split up. Ken and Brian returned to Akihabara, while I spent some quality time in a bookstore. I also made a second trip to Harajuku, the fashion district. I managed to buy a shirt and a skirt that fit, which wasn't any small feat. I have, however, never worn the outfit. The shirt just didn't look as good on me in America as it did in the low-light of the Tokyo dressing room. The skirt fits but doesn't fit as well as it would if I lost a good 40 pounds or more. I'm holding onto it. It is like a fabric photograph of my hopeful after shot.

It's an after shot I never quite reach. After the trip I vowed again to get into shape. I'd never been tall and thin, but I dreamed of being the 125 pound size 8-10 pant wearing me that I was for a brief time in college. I even tried to go the Japanese bent and read "Japanese Women Don't Get Fat" while trying my hand again at haiku. It didn't work. My weight still yo-yo's like it always has, and while I did write a few haiku, I returned to writing free verse pretty quickly. I fell back into what felt familiar.

What also felt familiar was planning.

Ken and I returned to Japan in 2009 by ourselves. I enjoyed printing out maps and picking out places to visit. The research for this trip was more difficult than for the very Western-friendly Tokyo. We were going to Kyoto and Osaka to see more cultural highlights versus bright red lights. I was still overweight, in fact probably about the same size as I was three years before on our first trip. I knew a few more words in Japanese, but not many. It was a difficult trip, not just because of my size, but because of the buses we had to take, the lack of English signs, and perhaps because we expected so much more out of ourselves on our return trip. Did we expect to be experts on Japan? Did we expect to enjoy ourselves more as a couple without a third person?

I went to Kyoto with a new digital camera. I took photos and videos this time around. There is only one picture of Ken and I together on that second trip. We are up high in the hills of Kyoto at the famous Fushimi Inari Shrine. Using the timer on my new camera, I had enough time to run back to Ken for the picture. I am standing in front of him and we are surrounded by tiny stone statues draped in small shrouds of varying shades of orange and red. We look tired but also proud. When I see that picture, I can forget some of the despondency we had during our less than successful trip to the electronics district of Osaka. I can forget having to go by myself to get dinner because Ken was frustrated with getting lost while trying to use the local bus transportation. I can smile at how we ultimately stuck together.

Someday I want to go back to Japan. I want to retake some of these pictures. I want to go there as a fit person. Most of all, however, I want to enjoy traveling with the people I care about without having to constantly wonder whether or not I can keep going. I want to be an attentive person who can relax in a country she has grown to admire, a person who isn't constantly planning the next day, the next shot, the next step. I want to step inside the frame and be a little less gaijin.